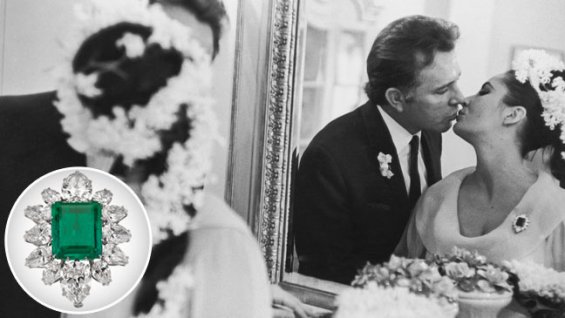 Posted at 10:00h in News by Jannie Iwema

Vibrant green Emerald, birthstone of the month May

Emerald is the lush and vibrant green specimen of the mineral Beryl. Aquamarine (blue), Heliodor (yellow) and Morganite (pink) are other specimens of Beryl.

It’s original name, Smaragd, is derived from the ancient Greek word for green “Smaragdus”. It was later changed to Emerald.

The first known Emerald mines were in Egypt, dating from at least 330 BC into the 1700s. Nowadays Emeralds are found in Colombia, Brazil, Zimbabwe, India, Pakistan and Afghanistan.

The inclusions and fissures within an Emerald are sometime described as “Jardin” (French for ‘garden’), because of their mossy appearance. The ‘clearer’ the stone is, the higher the price. However, the inclusions in emeralds are not seen as flaws but as proof of authenticity and often the type of inclusion is an indication as to which country or location the emerald is from.

Cleopatra was known to have a passion for emerald, and used it in her royal adornments. Many royal figures from kings to maharajah’s and pharaohs used emeralds in their royal jewelry.

In 1928 the Maharajah of Patiala arrived at Boucheron on Place Vendôme, escorted by servants carrying six boxes full of precious stones, including 1432 emeralds. He ordered an exceptional set of jewelry to be made up of 149 jewelry pieces with the thousands of diamonds, rubies and emeralds from his treasure. The jewels made for the maharajah are famous Boucheron designs.

Another famous Emerald is one that belonged to Elizabeth Taylor, given to her by Richard Burton while filming the movie Cleopatra in 1963. The 23.46 carat Emerald and Diamond pendant brooch was sold in an auction in 2011. It was sold for $6,578,500, a record $280,000 per carat! 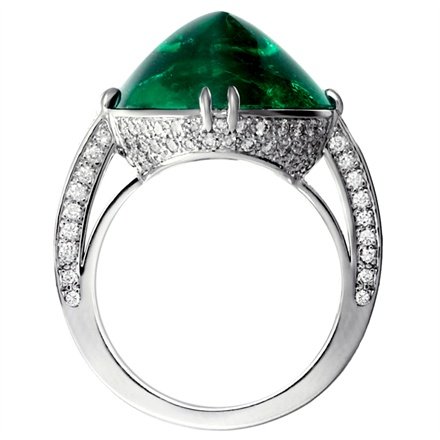 Artisan du Rêve, ring with emerald and diamonds by Boucheron