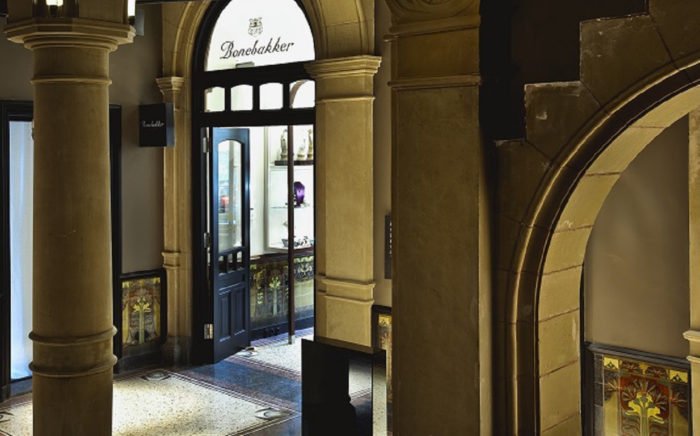 In 2012 Bonebakker opens a jewellery boutique in the new, five star, Conservatorium Hotel located near the Museumplein in Amsterdam. The elaborate heritage of the oldest jeweller of the Netherlands and excellent craftsmanship are combined in the Rijkspostspaarbank’s former director’s chambers.

Apart from its own successful jewellery collection, Bonebakker presents jewellery from a few other renowned European Maisons. 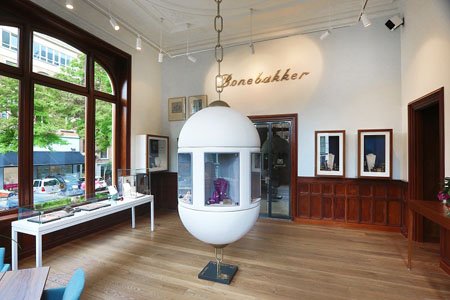 At the Grand Opening on 22 March 2012 of the boutique in the Conservatorium Hotel, the Dutch elite are invited as well as foreign dignitaries, celebrities and VIPs as dancers of the famous Scapino Ballet perform beautiful scenes from their show ‘Pearl’. 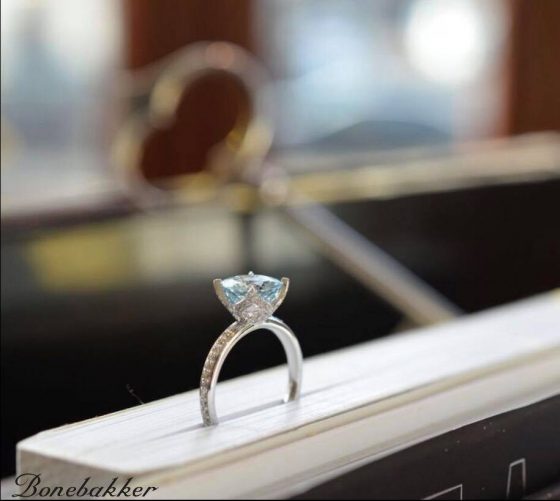 Gold ring set with aquamarine from the Key of Amsterdam Collection

The way the eye of the key of Amsterdam was made and the fact that it was handed to Louis Napoleon in 1806 and later to the first King of Orange of the Netherlands, William I, serves as a source of inspiration for a jewellery collection exclusively made in the Bonebakker workshops. At the opening of the new jewellery boutique in the Conservatorium Hotel, the first pendant of this collection is offered to Jannie Iwema, the boutique’s new managing director.

The Key of Amsterdam Collection soon becomes the signature collection of Bonebakker. The key is a symbol of power and trust and consists of rings, earrings, bracelets, pendants and necklaces. 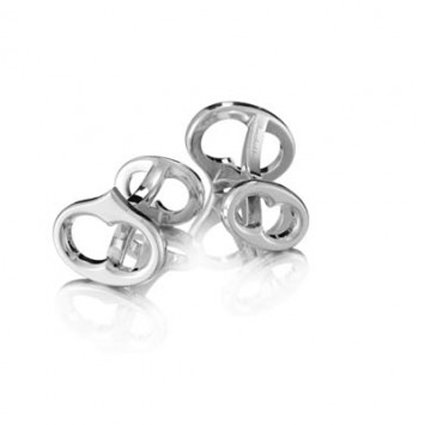 Silver cufflinks from the Key of Amsterdam Collection