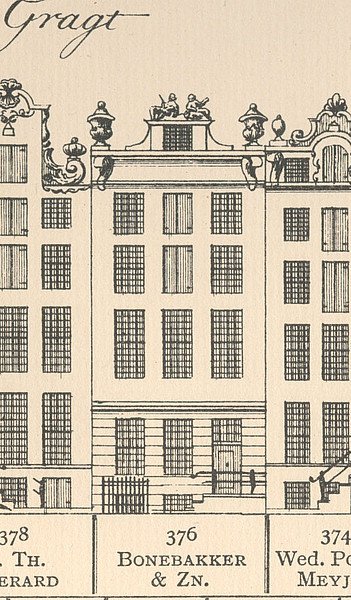 In 1838 Jacques Antoine Bonebakker relocates his company and moves from the corner of Herengracht/Leidsestraat to a 18th-century canal house called Het Witte Paard (now Herengracht no. 376) to be even closer to his wealthy customers, who reside along the canals. The building is thoroughly renovated and redecorated in the luxurious Empire style.

This is a golden move as two years later Bonebakker receives the most important commission in his career. 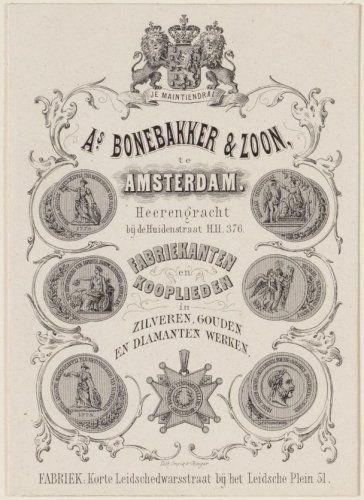 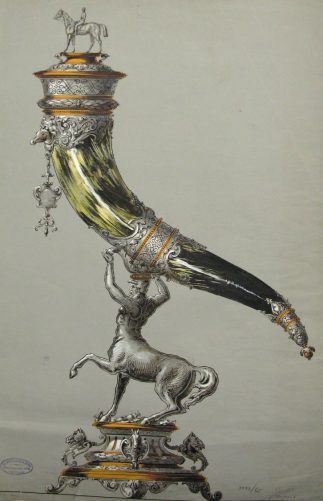 During the time in which As Bonebakker & Zoon is located in Het Witte Paard many important clients find their way to his workshop. Amongst them is the widow Johanna Jacoba Borski, who continues her late husband’s banking business as Firma Weduwe W. Borski. She is a wealthy heiress and owns six mansions in Amsterdam and the Elswoud estate in Overveen.

But also Mrs. Six (who is married to wealthy art collector Lord Jan Six), Queen Anna Pavlovna, Willem van Loon (co-founder and commander of the VOC (East India Company)) and Johannes van den Bosch (Governor General of the Dutch Indies) are now amongst Bonebakker’s loyal customers. During this period the mayoral chains are crafted for the Mayors of Amsterdam and Leiden.