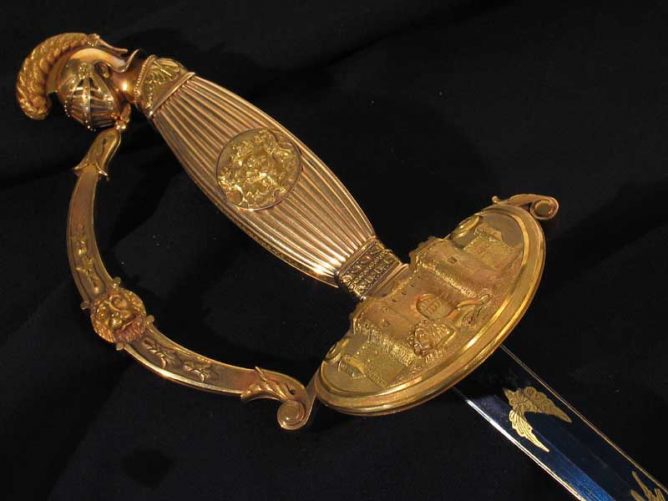 The grip ends in a shield showing the citadel; the sabre’s blade is partially painted blue.

Bonebakker & Zoon does not only receive commissions for beautiful silverware, but also for the creation of special arms, such as the uncommonly beautiful honorary sabre for general Chassé. General Baron David Hendrik Chassé had the command of the Dutch Division during the Napoleonic wars, amongst which, in 1815, the battle of Waterloo. In 1831, he receives this gold Chassé sword, which is presented to him by his dignitary friends from his hometown of Tiel. The sword bears the master mark of silversmith Theodorus Gerardus Bentvelt.

The Belgian revolt also results in a number of commissions for gold and silver honorary sabres and swords, amongst which a golden sabre commissioned in 1831 by the prince of Orange.