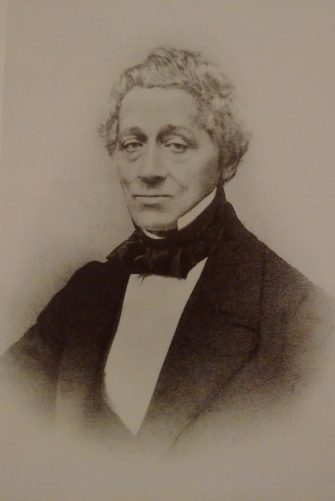 In 1822 Adrianus appoints his son, Jacques Antoine, as co-director of the company. They settle in a shop on the corner of the Herengracht and Leidsestraat. Adrianus dies in 1824 and is succeeded by Jaques Antoine. In 1826, after the death of master silversmith Dirk Lodewijk Bennewitz, he becomes the sole director of the company that already has been renamed As Bonebakker & Zoon.

Again in 1830, Bonebakker receives a royal commission. The city of Amsterdam places an order for a 94 piece silver dinner set for the wedding of princess Marianne, daughter and favourite of King William I, and Frederik Hendrik Albert, prince of Prussia. This set is excessively documented in Bonebakker’s archives and costs 18,837 guilders, an exuberant amount at the time. Also unusual at the time is that princess Marianne reciprocates the gift with a return gift of her own portrait to the city of Amsterdam. This painting is hung next to her father’s portrait in the city’s boardroom.