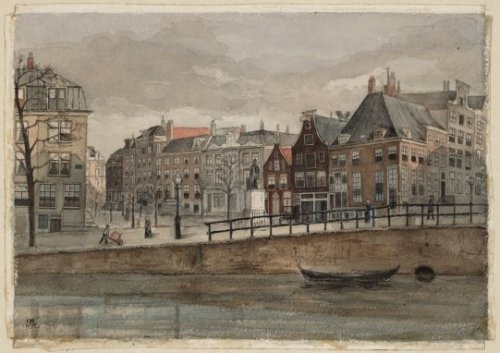 In 1802 Adrianus Bonebakker decides to join forces with Dirk Lodewijk Bennewitz. Dirk is a highly talented master silversmith in the employ of the silversmith brothers Peirolet, who keep shop at Herengracht/Reguliersgracht (now the corner of Thorbeckeplein).

After both of the Peirolet brothers have passed away, the Peirolet widow decides to sell the Peirolet company, and Dirk Bennewitz and Adrianus Bonebakker seize the opportunity to buy it. Bennewitz stays on as the silversmith whereas Bonebakker becomes the trade director for their new enterprise Bonebakker & Bennewitz.

It doesn’t take long for their company to flourish and expand, their reputation continues to grow and soon they are the Netherland’s gold and silversmith shop to go to for custom-made orders for special occasions. 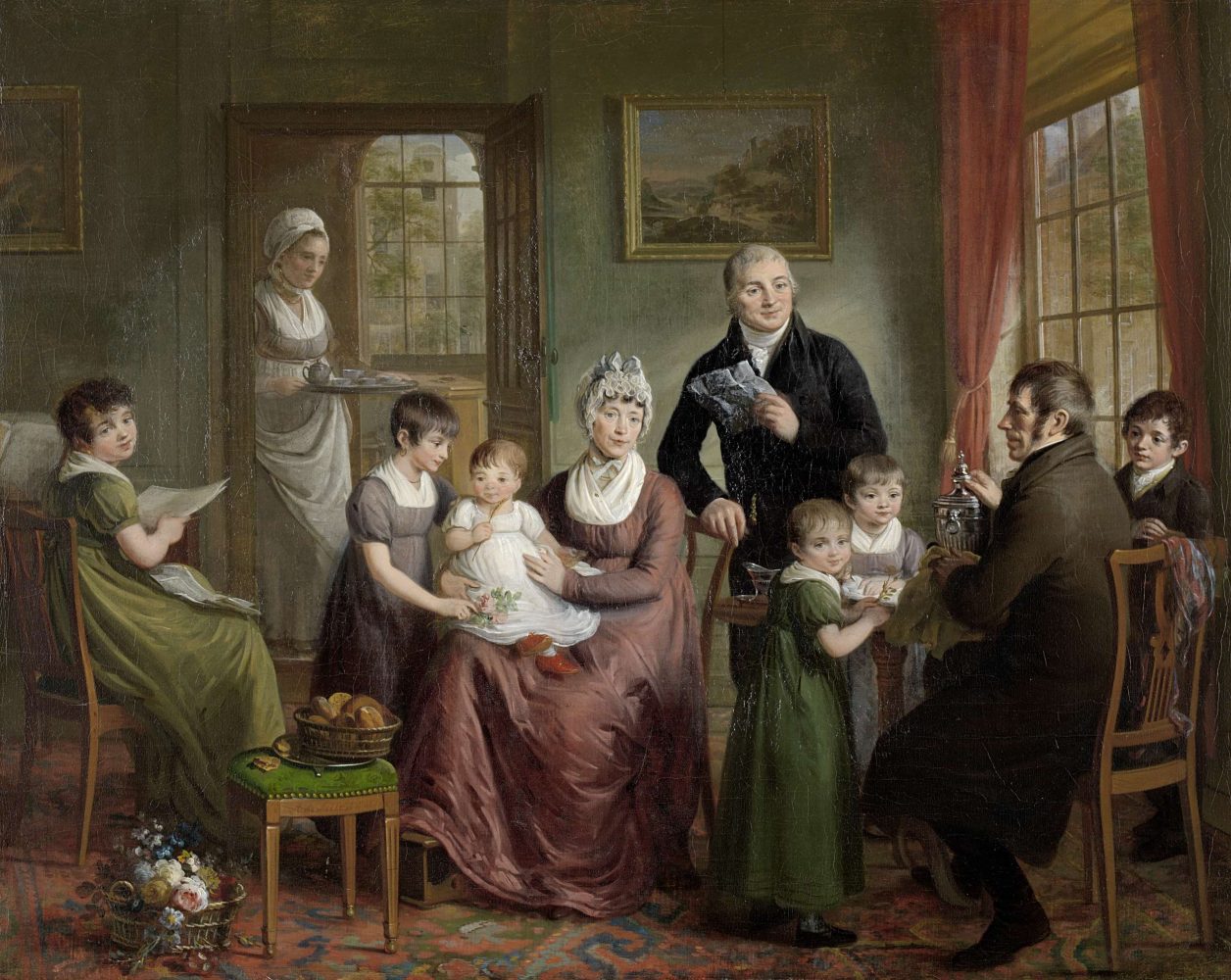 The Bonebakker family in the company of Dirk L. Bennewitz. The latter is holding a chestnut vase in his hand; next to him is the young Jacques Antoine Bonebakker. (Adriaan de Lelie, 1809, Rijksmuseum)