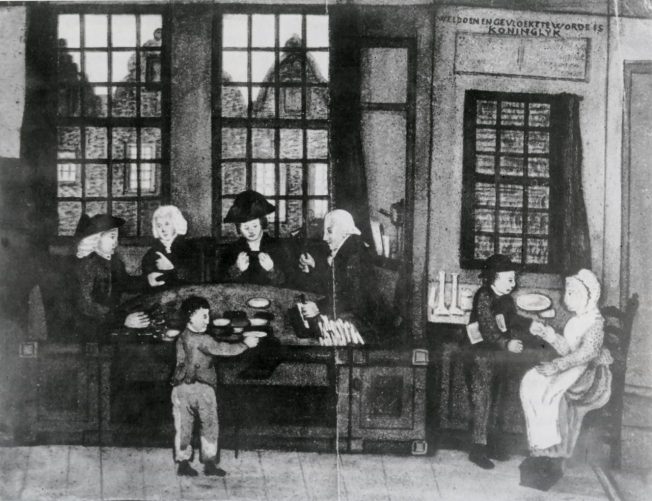 Trial of the Pyx in the Guild’s Chamber. Adrianus Bonebakker is the man on the right.

Portal to the future

In the days of Adrianus Bonebakker starting a trade was not for every-one. Only as ‘Poorter’ of the city one could become a member of a Guild and start a trade. This s0-called Poorterrecht (the right to live and trade) was much sought-after.

On the 15 June 1792 Adrianus Bonebakker procures this right and becomes a Poorter of the city of Amsterdam. That same day he appears before the dean of the high-counsel of the Amsterdam Guild for Gold and Silversmiths and asks permission to take the master exam in order to become a member of their Guild. His request is granted and for the mandatory exam Bonebakker has to create a number of silver buckles. Four days later he shows his work and is accepted as a master in the Guild, at which time Atelier Bonebakker is established. It is the start of one of the most important jewellery brand names in Dutch history.