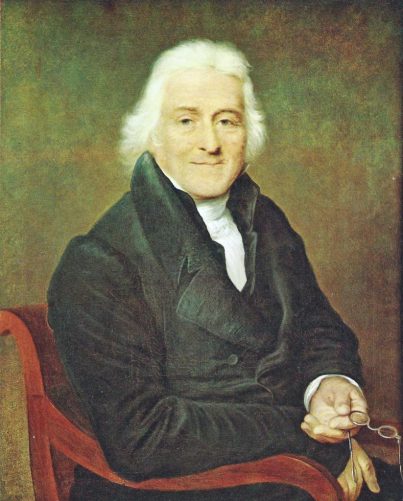 Adrianus Bonebakker has played an important role in the history of the silver and jewellery trade in The Netherlands.

He was born in the town of Tiel, where his father ran a subsidiary of ‘De bank van Lening’ ( the bank of loans) in the municipality of Buren en Tiel. Bankers like his father also traded in gold, silver and coins and so the love for these precious metals comes naturally to Adrianus. The young Bonebakker doesn’t stay in Tiel, however, and in 1792 he settles in Amsterdam where he starts courting the daughter of saddle maker Jacques du Pré. He also proofs himself as a master before the city’s Silver Guild.

It doesn’t take long before Adrianus Bonebakker is rewarded important commissions like those from the board of the city of Amsterdam, the bourgeoisie and later also from the royal family. Besides his love for the craft of silver and jewellery making, Bonebakker has a keen interest in art and around 1820 he becomes a member of ‘de Koninklijke Academie van Beeldende Kunsten’ (the Royal Art Academy).

Adrianus Bonebakker dies in 1824. The legacy he leaves behind consists of a company that, even today, has a tremendous influence on the silver industry and the jewellery trade in the Netherlands and abroad.