Posted at 09:27h in News by Jannie Iwema

Today will be the last time the Golden Carriage (Dutch: Gouden Koets) is used to carry the Dutch monarch from the Noordeinde Royal Palace to the Ridderzaal in order to deliver the Speech from the Throne.

The golden coach is to be refurbished and will disappear from view for several years. During the restoration the newly restored glass coach will be used on Prinsjesdag.

Queen Wilhelmina received the Gold Coach at her 1898 investiture as a tribute from the citizens of Amsterdam. The vehicle was first used on the occasion of the marriage of Queen Wilhelmina and Prince Hendrik on February 7, 1901. 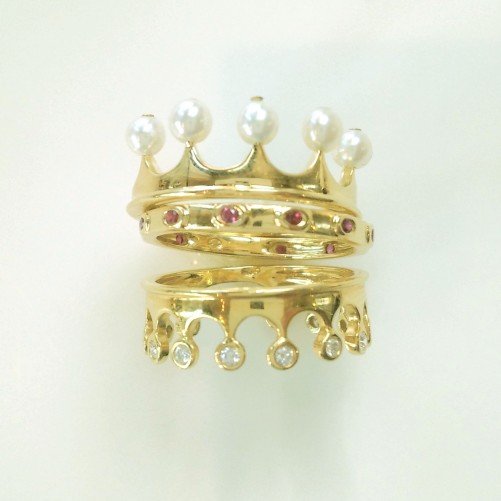 18kt gold rings from the Bonebakker

of the Royal Dutch Crown