Bonebakker Jewellers has a long tradition in manufacturing family crest rings and jewelry with special engravings. Many families have given us the confidence to make this special piece of jewelry for a loved family member. In collaboration with the best engravers in Germany we guarantee family crest rings of excellent quality. 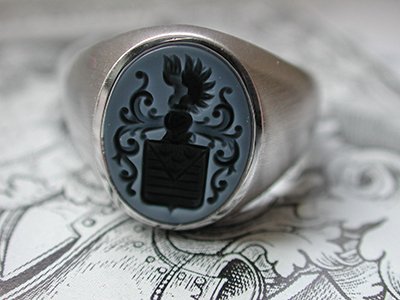 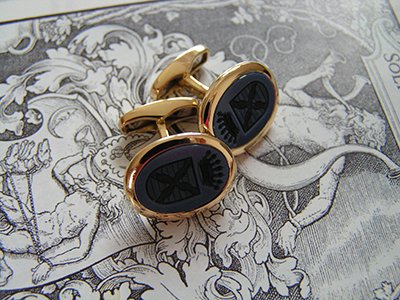 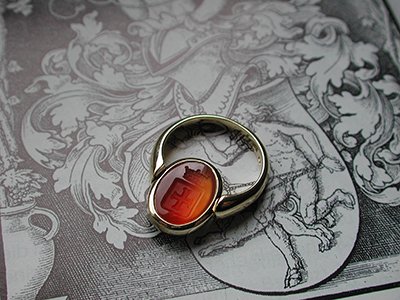 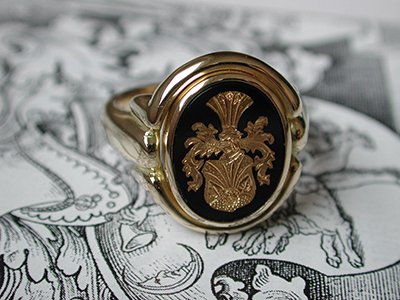 Family crest rings, also called signet rings, are original rings with more than a decorative function. By pressing the seal of a crest ring, usually bearing the family crest, into liquid lacquer or wax that sealed a letter, it became clear from whom the letter came. Crest rings were often passed down from father to son.

In ancient times, signet rings were rings for the nobility and upper class. In those days, the signet ring or crest ring was a symbol of money and power. Usually, the family crest was chosen as the seal. But 4,000-year-old crest rings with the scarab as a motif have also been discovered in ancient Egypt.

Signet rings for men and women

Today, a family signet ring with initials, a family crest or a monogram engraving is making a big comeback. Still surrounded by an air of tradition, crest rings are eminently personal jewellery, which makes them popular again. As family jewellery, they still pass from father to son. Ot from father to daughter. Because the days when a family ring could only be worn by men are long behind us.

At Bonebakker Amsterdam we offer custom-made crest rings with various options. You can choose a complete gold ring with an engraving in the seal or a signet ring with a clear stone in which the engraving is placed. Crest rings can be made in yellow gold, white gold and rose gold.

Crest ring as a personal gift

A crest ring is a valuable gift that visibly tells a personal story. That makes the crest unique. Whether you wear the crest ring yourself and want to pass it on later, have a crest ring made in Amsterdam as a partner ring in duo form or whether choosing multiple crest rings for several family members, each ring is unique.

If your family has a family crest, this gives the crest ring a very classic look. But it is of course also possible to choose initials and even an image. The image of your choice will be carefully, completely hand-engraved by master engravers.

Family Signet Rings made by Bonebakker

Would you like to know more about having a crest ring made by Bonebakker Jewellers Amsterdam? You are welcome to visit our jewellery shop to discuss your wishes.